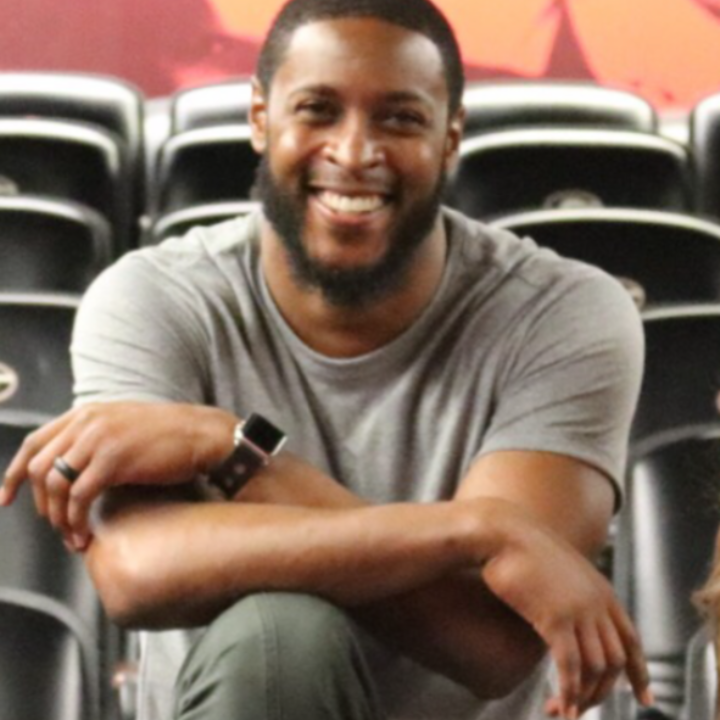 We caught up with nine-year NFL veteran, Alan Ball. We discussed his life after football, his experience being an NFLPA Player Representative, and his time on the CBS show “Survivor.” Alan was a member of the Dallas Cowboys, Houston Texans, Jacksonville Jaguars, Chicago Bears and the Arizona Cardinals.

What is your current career and what are you up to these days?

When I retired, I went into real estate. I was fortunate enough to take some of the investment opportunities I had and turn it into a business. That’s my pride and my goal right now. I am also in the process of getting my builder’s license and I eventually want to move on to new development and construction. Alongside my real estate business, I train a lot of high school and college student-athletes. I still get a taste of the game from the younger guys, living through them a little bit, being able to work with them, coach them on coverages, so I’m still in tune with the game of football.

When did you know it was time to retire?

After I left Chicago, I went to Arizona and I had a tough injury. I had a torn quad, and it was one of those situations where I was looking at year 10, I wanted year 10, and the rehab I had to go through... it was just one of those things where it was tough. When the injuries started to pile up, I kind of knew my body was saying, ‘hey look, we’ve given you nine years, it’s about that time.’ I also wanted to spend more time with my family. Once that injury happened, it was time to pursue other options in life.

Can you talk about your experience being on the show Survivor?

I was hesitant about doing it. It was of out of my comfort zone. Even though I was on TV playing, I never really had to talk much, and I never really had to show my personality. It was a big step for me to step outside my comfort zone. Looking back on it, it was one of the best things I could have done in terms of playing outside the league. Seeing Fiji from a different perspective, doing something outside your comfort zone that no one would ever expect you to do; It was enlightening in a lot of ways. I appreciate that opportunity; I appreciate CBS having me on, but it was different, and it was a challenge in ways I have never been challenged before. I’m always up for a challenge and the challenges that you have no expectations for can be some of the best ones.

What was the most fulfilling thing you learned being an NFLPA Player Rep?

I like to say that throughout my career, I went into a lot of different groups. When I first started, I was on the practice squad. I was around that pocket of players and I think they are the players with the least amount of active voices. Then as my career progressed, I went into the active roster group, but still not at the place where I have a voice. When I became a starter, it was like, now I am one of those players speaking for those guys that don’t have a voice. I looked at it as an opportunity to really be a voice. I think being able to sit in a room across from players and discuss our values was very important. It was great to hear other ideas and work as a group and I think that experience for me overall was a blessing because it gave me a chance to see a different side of the league and a different side of players.

Do you think your experience as a player rep has led you to where you are today?

I think so. Any experience helps us. Being able to be a professional athlete and at the same time making decisions for a group, being considered a leader for a group, brings out skills for yourself. It helped me grasp that other side of the business. It gives you the ability to look at things in another perspective and how you can make things better off the field.

What’s next for Alan Ball?

Growth. I obviously want the real estate business to grow. Also, before COVID, I was fortunate and blessed to have the opportunity to speak at universities about my journey through the league and my career afterwards. I enjoy sharing my story and mentoring younger guys. I still get the opportunity to coach and have one-on-ones with players who are on the same journey as I was, but I enjoy being able to reach out and touch people with my story. Not because I did things perfectly or did things exactly the way they are supposed to be done, but I can pass some messages on along the way and help the future generation. Outside of that, just growth in every phase. Growth in my marriage; Growth with my family; Growth in my career. That’s the focus of me going forward.

Any advice for players for players that are considering retirement and are pursuing a new career?

Make sure you put yourself in a position where you have time to figure it out. I think in our careers, we are blessed and fortunate enough to make a lot of money. I think the one thing you can do is be diligent with your finances so when you’re done playing, it’s not a rush to find out what to do next. If you put yourself in a position where you can take your time, be patient, and find out what you’re truly passionate about, even if it’s while you’re playing, will make you better off. Ask yourself questions like ‘What drives you next’ and ‘What do you love like you love football?’ For me, it was providing homes for people in the city that I grew up in. That was something that I became passionate about and doing that has brought me success in helping and serving other people.