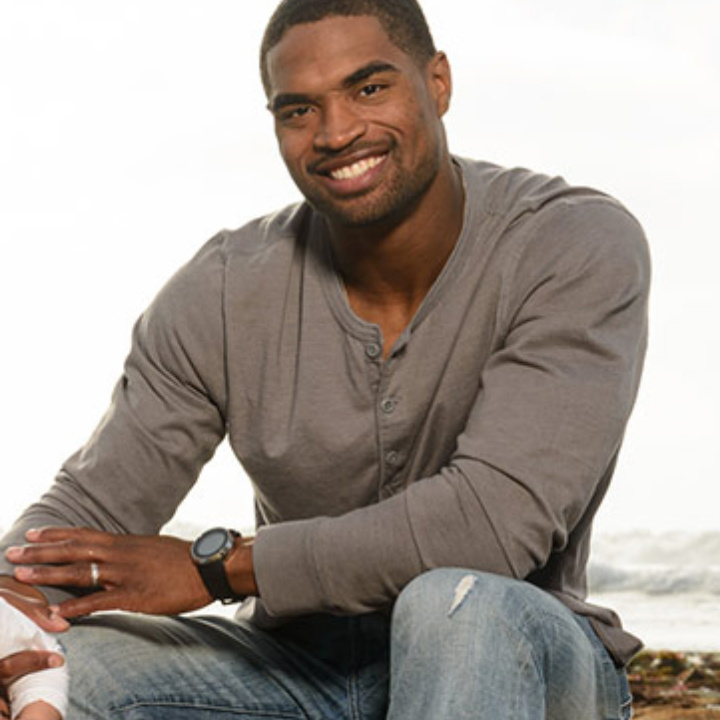 We caught up with former NFLPA Player Representative and the Chargers Walter Peyton Man of the Year, Darrell Stuckey. Darrell spoke about his current career at Kansas University, what the responsibilities were like when he was a player rep, and some insights for former and current players.

I am the director of football relations at the University of Kansas. I focus on off-the-field development of our student athletes. We use the external relationships we have whether it’s alumni, letter winners, alumni football players or key community members and we partner with them to create programs to help build our players through those relationships. In the next couple of weeks, I will have a hand in the onboarding and educating process for the name, image, and likeness rule set to come into place.

Can you talk about the Living4One business you and your wife started?

My wife and I had a vision in 2012 to create a platform in which we could write out our life mission for marriage. We also use it as an engine for people to know what we are about, and it was our vision that we both fill out the content together. We created Living4One to partner with foundations because we believe that there are enough great charities/non-profits out there already, and we didn’t want to build something not knowing if we would be able to sustain it for a long period of time.

What was your experience being a Player Rep?

My experience was phenomenal. It gave me a great sense of ownership and pride, and I believe it helped me really leave a legacy. Even though my name might not be written everywhere, I know that I left it better than when I found it. Being able to go through and help pass a couple things that we voted on was very fulfilling.

The greatest part about being a representative is not speaking for a bunch of people, but being present for people, knowing what their needs are and finding ways to help them. When you’re a leader, you are expected to serve. When you think about being a representative, you’re serving your team at the highest level. You want to make sure you create an environment that thrives both on and off the field.

It’s really an amazing opportunity to leave something better than you found it. Your role as a rep is to make sure that your teammates are secured off the field, so they can play at a high level knowing that they are secured on the field.

Have you taken the skills you learned as a Player Rep and brought them into your career today?

Absolutely. Being a part of that process before, helped me understand the types of questions that we need to know. That process made me understand the type of leader that I need to be to stand in front of football players. In my current position, I understand what the needs are at the highest level of football, so now I know how to address those needs and help the college athletes. A lot of the lessons you learn in football are the same lessons you will need to know to go through life.

What was your experience leaving the game?

It was abrupt. It was a residual effect of multiple injuries. I had an initial knee injury on Christmas Eve when we were playing at Oakland. A year later, on New Year’s Day, we were playing the Chiefs in San Diego and I hurt the same meniscus. Within a year, I had two surgeries. The recovery wasn’t great because it kept shifting. Come August, I had an ultrasound to see what was shifting and then I was placed with the ultimatum of retiring- continue to play with the possibility of another injury and be listed as “doubtful” every week, or surgery. If I had another surgery, there was no guarantee of recovery.

As a rep, I knew what that meant. I went to Tolesco [GM of Chargers] early in the offseason when my knee wasn’t healing as fast as it should have, and we had a conversation. I said, “Sir, the day that I am no longer a value to this team, is the day that I will come in and have a heart-to-heart, man-to-man conversation about what is next. I’d be damned if I hold the dream of another man just to collect a paycheck.”

A few months later when I found out about the three options I had, we had the conversation, and we came to an agreement. I decided to retire and underwent another surgery.

What are some of your hobbies?

I enjoy coaching my kids. I have four kids (two boys and two girls), they are eight, six, four, and two. I’ve been married for 10 years, and my free time gets filled up really quick. But I enjoy movies... a lot. I own over 600 DVD’s and over 550 iTunes movies. The great thing about it is that one day a week, we will have movie nights, and my kids will watch a movie that they have never seen before because they came out before they were born! I also love art, painting, drawing and writing. But the biggest thing I love is discovery. I love learning more and discovering new things.

What are some pieces of advice for players facing the possibility of retirement?

You have to first acknowledge why it means so much to you. Why does it mean so much? For me, football gave me a consistent father figure. I was blessed to have great, positive, male role models. When I walked away from football, it was like me walking away from my father. It felt as though I was telling my father I can’t do it. I had to realize I wasn’t quitting but I was being called to a higher level of living. I was able to play a kid’s game, make money, and build a foundation for my family, so now I am going to do whatever my heart desires. I don’t consider what I do now work. I consider it a calling.

Even though you’re not a professional athlete, that doesn’t take away your significance. People are not going to know who you are all the time, but the person that is going to prove anything, doesn’t need to be known until it is necessary.