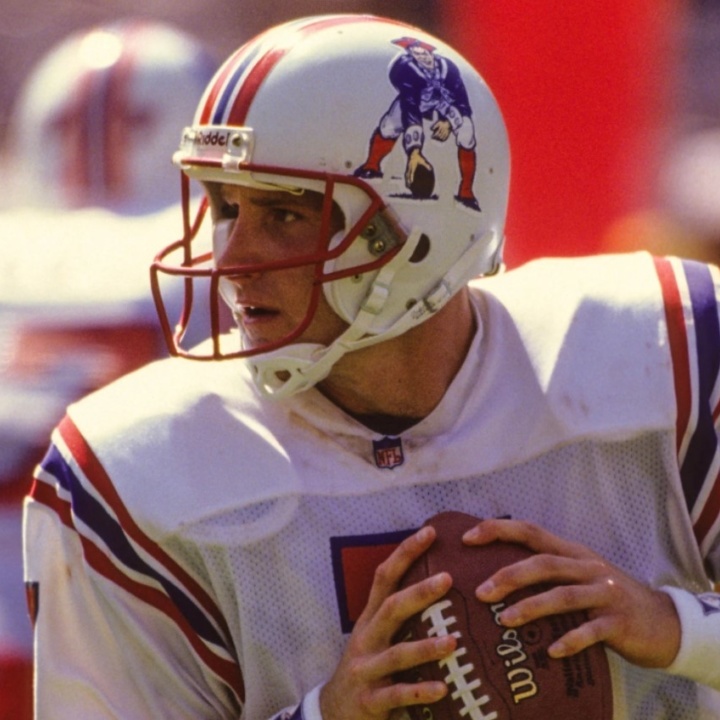 We had the opportunity to interview former NFLPA Player Representative Hugh Millen. During his tenure in the NFL, Hugh played for the Rams, the Falcons, the Patriots and the Broncos. We discussed his time as a player rep during the 1987 player strike and the issues he fought for.

What was your experience like as an NFL Player Rep?

My first experience was in my second year in the league, I represented the Rams in a lawsuit that was taking place. There was a players strike in 1987 and we sat out three games. I missed three game checks; everybody sat out. When we came back to work, there was a little bit of contention as to whether or not we were fit to play that first weekend. The players wanted to play and there was some faction of the owners that maybe thought they should go with the replacement players for one more week.

So, as it pertains to certain portions of the Labor Act, we had to convince a court that we were fit to play, and so, I was testifying. I flew from Orange County to Washington, D.C., and was sworn in on the witness stand in a regular courtroom. I was getting peppered by the NFL attorneys about the Rams state of readiness, like how much we had had engaged the strike season workouts. Like were we getting together and working out as a team? Were we throwing one- on-one, were we doing skeleton; like how fit were we remaining during those three weeks?

What were some other issues that you covered as a player rep?

In 1987, when we went on strike, we didn't have free agency and there was what was termed “player indemnity”. When Joe Montana was probably the, we'll just say at the time, he was the best player in the league, when his contract ended with the 49ers, he was still the property of the 49ers, it didn't matter how many years of service he had. We were kind of laying down the groundwork, we were trying to get free agency. We had to strike to do it and we had to decertify as a union.

If I were a player rep now, it'd be very easy to acquaint myself with the laws because you have the internet. Well, in 1987, nobody had the internet. Through those years, I can remember going to libraries. When I was with the Falcons, I drove down to Emory law school and I would on a number of occasions, just go into their law library and just read books about the Wagner Labor Act and the Sherman Antitrust Act. I was very interested to know about those federal statutes and how they affected us as a player union. I wanted to have at least some layman's grasp of the relevant federal statutes in particular, the Wagner Labor Act and Sherman Antitrust Act.

As it turns out, we know many aspects of the NFL way of life is patently antitrust, the draft is certainly antitrust. And yet, if it's collectively bargained, the Wagner Labor Act supersedes the Sherman Antitrust Act. In essence, we bargain some of our rights in antitrust court and we bargain that away willingly through collective bargaining.

At the time, we had to decertify as a union to expose the league and some of its key operating procedures. We had to expose the antitrust laws and get out from underneath the owners protection under the labor laws. I think it's a sacrifice that those players made, and the player reps were trying to do their best to guide us through things. You always have the benefit of hindsight and looking back on these things, but at the time, given the facts that we had, the goal was free agency.

Can you talk about how you feel your work as a Player Rep has affected how the union and league run today?

I think I can only speak for myself. I mean, I'm proud of the enormous growth of the NFL and specifically, the opportunities the players have now.

When I got drafted, there were veterans that were appalled at the money that I was making. And the money that I was making is a pittance compared to what they're making now. I think that the best and healthiest way to look at it is just being grateful that we have it better than the guys before and be happy for the guys after us to have it better than us.

What is one of the most valuable lessons that you learned from your time as a Player Rep?

I learned the art of politics. But I think that you make more change from within when everybody's kind of together than when you've got a divided Union. I think that people get obstinate about where they are. For example, a big issue for me is that when I came into the league, we had to have dues.

That was a heated topic, the question of dues. And, again, by analyzing the books, I didn't think we needed to have dues. I was trying to fight for my constituents, who were the players on my teams that I represented.

I think if everybody has a mindset of diplomacy, there’s more that gets done. If egos get involved and emotions, things get heated. That engenders people digging in and being firm in their opinion, as opposed to being open to change.

What is your current career and what you are up to these days?

I started investing in commercial real estate early in my career, and that pays a bulk of my bills. I do radio commentary in the Seattle market and during the football season, I'm on about every day doing sports radio, so it keeps me close to the game. I've done TV as well in the Seattle area. For 24 seasons, I was a volunteer football coach and so I did that for a number of years. I’m just kind of semi-retired now doing the media stuff.

How was the transition from football to your current career?

I think that it's hard for most guys on some level because of everything that the NFL is. It's the competition; the elite of the elite. It's the challenge. It's the camaraderie. It's the lifestyle. I think that most players would say that there's at least some difficulty transitioning. I'm sure there are some guys who have a peaceful transition out of football, but I would say for the majority that it can be a little tough. I just focus on the blessings that I had. Being able to play a decade or more, that's kind of what my goal would have been. I wasn’t a great player, I wasn't even a good player, but I bounced around and I’m grateful for my experiences.

What is some advice that you have for current players, who are figuring out their new careers or contemplating retirement?

I would say first of all, play as long as you can; you have the rest of your life to not play football. I got a call from Jim Fassel, who was the head coach of the Giants at the end of my career, and he said, ‘Hey, do you want to come out?’ Terry Collins was the quarterback of the Giants, but he asked me if I wanted to come out and be in a backup capacity. And I said, ‘No, I'm kind of just burned out, you know, from bouncing around the league.If I had to take that call again, I would continue to play. But then I would say just always have a backup plan. When I was starting for the Patriots, I was in my fifth or sixth year in the league. But I met with the dean of the Harvard Business School because my plan when I was in college, was if I didn't make the NFL, I was going to get my MBA.