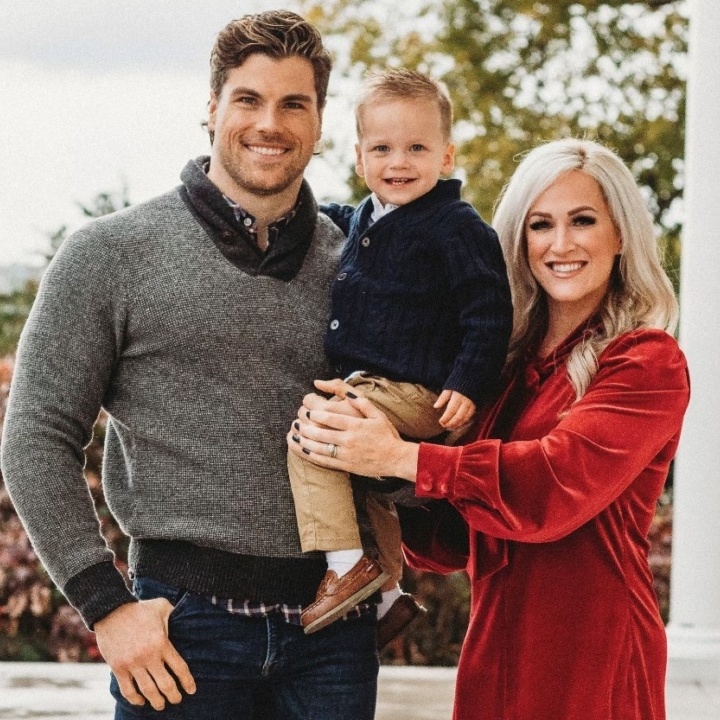 We had the opportunity to interview former NFLPA Player Representative Miles Burris. Miles played for the Oakland Raiders. We talked about his transition leaving football, his acting careers, and some advice he has for current players.

What was your experience leaving the game like?
It was pretty tough for me. Because I had a knee injury, my right knee kept popping up and I was released, injured, and fully believed that I was going to be back that year. And my knee just wasn't healing in time. It took about a year to kind of get fully healthy again. I start taking workouts with teams for about another year and I almost had a bunch of contracts until they said they didn't like my scans and then they moved on. There was a lot of highs and lows in that process, feeling like my dream was shattered. I really believed and was praying that I'd be able to make it back and I didn't, and I didn't know what to do from there. I was pretty depressed about it. My wife was a big catalyst to get me off the couch and get me moving on to towards another goal. I’m really grateful for that and that I found the entertainment industry. But it's a process, it's hard for everybody, I think even the guys that get to go out on top and go out the way they choose to. It’s what you've done your whole life. You made it to the pinnacle and then it's like now what? You got to start at the bottom of some other industry and work your way up. It’s a lot of uncertainty, a lot of dark times and takes a lot of faith.

What’s your advice to players that are just figuring out their new careers or are contemplating retirement?

If you’re contemplating retirement, take advantage of some of the job shadow programs. Just try your hand at different things and see what lights you up, see what sparks you, see if there's a passion behind trying something new. I'd say where your passion and your talents collide, try to do something in that range, something that you're good at, but you'd also really enjoy. Some things you might not even know that you enjoy until you put your hand to them. I would say try a lot of things before you get out. And when you do get out, hopefully if you manage your money well enough then you've got some cushion to go out there and try things and not make money right away and just see where that takes you.

What is your current career?
I’m living out in Nashville, Tennessee. I moved here at the beginning of last year with my wife and family and we’re really loving it. My wife Jen and I have a little boy named Beau. He's just about to be two years old. And we have a daughter on the way, so we're very excited for that.

Things have gone remote in most people's work, but mine was not since I'm an actor. The reason that I had to be in LA was for the auditions and majority of them would take place there in person. And when COVID hit the standard changed to where now everything is self-paced, and still is today. So that allowed me to live wherever we wanted to live for much cheaper than LA.

I just got off a show shooting NBC’s Young Rock, out in Gold Coast, Australia for a month and a half. That was super fun. It was like a giant vacation. It was a couple blocks from the beach, and I soaked it up and had a great time. It was great cast and crew. I think they start airing that March 15th this year. Prior to that I shot on season two of the Righteous Gemstones. I was in most of the episodes on that as a recurring guest star and so that was super fun. I'm just able to make the dream work out here in Nashville, Tennessee, not having to be in Hollywood.

How did you become inspired to go into acting?
I would say a combination of being worked to the bone in college football and in my free time wanting nothing more than to lay on my bed and watch movies. I would say college football and Redbox pushed me to think about wanting to get into movies. I think I was on a Brad Pitt bender where I was watching all his movies like Fight Club and I just thought, “Man that looks like a really cool job.” You get to fly around and go to awesome places and just play pretend and work 10% of the day and just chat it up for the rest of the 90%. It’s nowhere near as hard as football and it's also very fun. When I was playing ball, I'd be a linebacker wherever I go, and in this career every job is different, every character is different. So, it's been super fun.

I took a college acting class outside of school and then just kind of kept it secret until I finished. Football didn't end the way I wanted it to and so my wife gave me a push to start the acting thing. I got into it and lucked out and got on a pilot that Randall Park was on, which was my first gig and I fell in love with it. It didn’t get picked up but it was it was my entrance into Hollywood and I thought “Okay, this is it, this is all I want to do.” That same single-track focus and mindset that I had for football just transferred right over to acting and now writing.

How have the leadership skills you gained from football helped in your career now?

The leadership skills I learned in football have translated well to my career as an actor. As somebody who had to start from the bottom in a brand-new field, it felt a lot like being a rookie again. I remembered that as a rookie, the best way to lead and gain respect was by leading with your actions, not your words. I always show up to set incredibly prepared to do my best. I don’t try to convince anyone of my competence but instead show them by always being ready to do a great job.

Can you talk about one highlight or favorite moment from your acting career thus far?
I've got a good amount, but I'd say probably, just because it's one of the more recent ones, was season two episode three of the Righteous Gemstones. I had a few scenes in there that kind of allowed me to show a lot of my acting skills as well as my athleticism and strength. I was just kind of going crazy and it was just super fun and it encapsulated everything in one episode. It was a very physical scene. It was very draining. It’s the kind of thing you enjoy as a ballplayer. You enjoy, you know, getting physically worn out.

Outside of your career now and football, what other hobbies do you have?

I am big into weights, and I have been since I was 14 years old. Freshman year of high school I started lifting weights real hard. So that's always going to be a big part of my life and I do that six days a week. Recently, I just got into martial arts, and I’ve really enjoyed learning some boxing and Muay Thai. That's been really fun and also made watching the UFC a lot more fun, because you get to know the intricacies of how hard that sport is and all the things that they have to learn and know and be sharpened and ready for. Other than that, I keep things pretty simple. I pretty much wake up every day, I write, I work out and then I'm there with the family. The other obvious thing I like is just laughing with my son, he's hilarious. He's already got really good comedic timing and comedic sensibility about him; he makes everybody laugh. That’s what I'm doing every day, is just being his audience member.