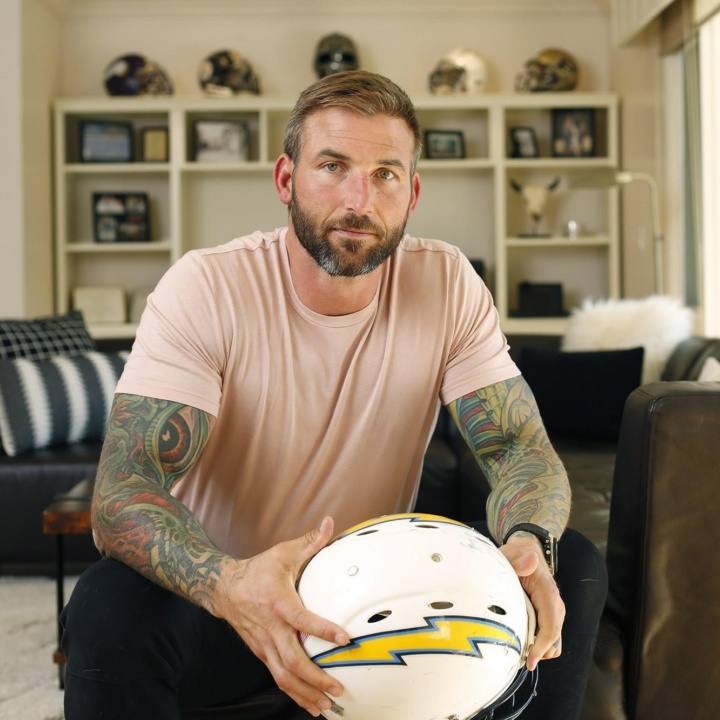 We spoke with former NFLPA Player Rep, Nick Hardwick. Nick discussed his life after football, his passion for fitness, and the skills and traits he learned while he was an NFLPA Player Rep and a player for the Chargers.

What was it like leaving the game of football?

I was in my last year of my contract and I wanted to go out like everybody does. I wanted to go out like Peyton Manning, John Elway, win a Super Bowl, and stand on the stage with a trophy. Unfortunately, that was not in the cards for me. I had a long-standing neck issue and probably two or three hundred accumulated stingers through my career that was resulting in arthritis, bone spurs, herniated discs, etc. It all culminated, and my hands started to shut down. I was unable to squeeze a lid on a water bottle, button my shirt, dropping pens and pencils, it hurt but I could still play. I had a big stinger on Monday Night Football and that was the last stinger I got, and the team shut me down. Immediately after that, I started losing weight, and began a new journey.

What was your experience as an NFLPA Player Rep?

It was awesome. It was kind of like getting elected captain, but on the financial side of things. For me it was a massive honor. Selfishly, it was the best thing I ever did in my career. Bring around very intelligent and informed football players and people who care about the game was meaningful. Once I established myself as a Player Rep, I continued to do it because it was a constant reminder that football is not going to last forever. You have to be mindful of your finances now, mindful of your career, mindful of your health, and I thought being with the Players Union for so long was a reminder that once this is done, you’ve got to have a plan to move on.

Do you think having that understanding of planning on what to do next helped you when your time was up?

It definitely did. It reminded me as I was playing that I am not Nick Hardwick the football player, I am Nick Hardwick who plays football. However, to have a lot of success, you have to be fully committed. To be successful, that becomes your identity. It was a rude awakening for me when I got done because I thought that I would be able to disassociate from that, but then I realized I was going have to grieve over the loss of my playing career. It was like my former self has gone through a form of death and I was going to miss all of my teammates. I wasn’t going to be welcomed back into the locker room all of the time. I wasn’t going to have the urgency in my life of the team sport and the great challenges that come with that. You can’t replicate football on the outside and you learn so many things along the way.

What’s your advice to players that are just figuring out their new careers or are contemplating retirement?

It’s quite the challenge. The first step is recognizing that it is going to be hard. Not only is it going to be hard for you, but it is going to be hard for your family. I don’t think there is enough respect for the women in our lives that also go through the challenge, but nobody asks them how they’re doing. Nobody asks because they are fully in it, and when we leave the game, their identity also goes a little bit. Nobody acknowledges the family members, the kids, the parents, the people that also have to grieve with not being involved in the National Football League. So, the first step is identifying and recognizing that this is going to be hard. It’s a five-seven-year process for a lot of guys, sometimes even longer, to come to terms with it. You may never be as good as you were at something like football and that is o.k. If you’re not great at it, that doesn’t mean you shouldn’t stop trying. I think a big thing that I would highly suggest is find an internship in the offseason. Join a credential program that you can go to. Get your real estate license, get your strength and conditioning certificate, find programs that you can get into and start working towards post-graduate education. Take a few classes every year. Once you do that, you will be able to identify your “flow” and get back into your “flow state.” Or finding something that gives you the thrill of a chase. I would recommend the players to take advantage of all of these programs that NFLPA has built for you to excel post career.

Do you have any hobbies?

I love to travel. I love to see new places and experience new things. I coach my boys’ sports and I love lifting weights. I love going to the gym I am still trying to find ways to get better and stronger. As a guy who grew up in the weight room, that became the place where I loved to be. It's my adult recess time.