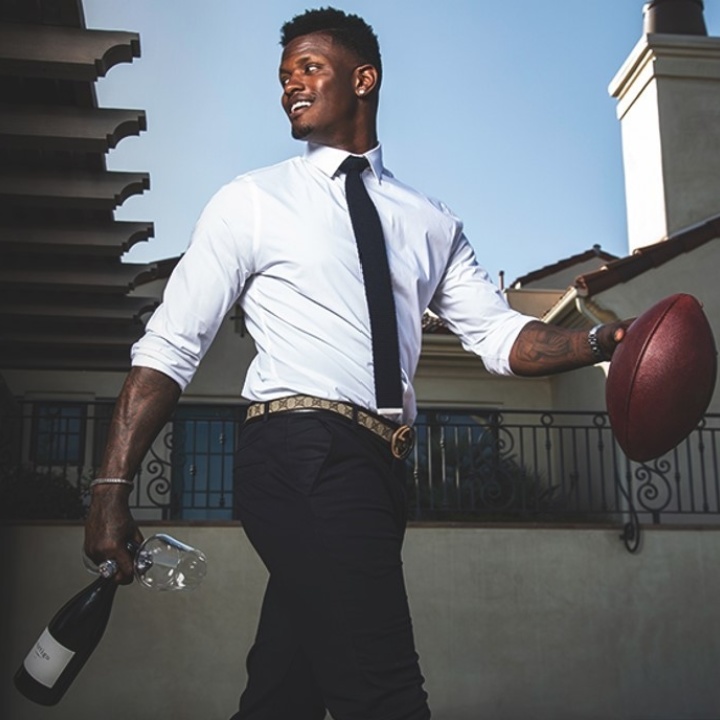 Catching Up with Former Rep: Will Blackmon

A former NFL free safety, Blackmon played 11 seasons between the Packers, Giants, Jaguars and Redskins. He was drafted out of Boston College in 2006. We recently caught up with the fourth-round draft pick and he gave us insight into his life during and after football.

My experience leaving the game was interesting. I didn’t leave because I was physically not able to play any longer, I left because it wasn’t fun for me anymore. If I was going to live in other states, travel all the time and be away from my family, I wanted to have fun. And when it got to the point where it wasn’t fun, I decided to move on. I feel like there are two transitions that are difficult for pro athletes. The first is your transition into the league straight out of college, and then, the more difficult transition is leaving the profession. I played for 12 seasons and football was the only thing I had ever done, so to transition into something else was hard. I did not know what I was going to be passionate about. I could have gone and coached or worked a front office somewhere, but I wanted to find something I was really passionate about and that was a big challenge.

I was at NFL Network, as an analyst. I still have some work there, but full time I am a wine concierge with a company I started called The Wine MVP. Basically, it is a monthly subscription where my team from The Wine Exchange and I go through hundreds of wines and pick 2 bottles a month to mail to subscribers for a price of $79.98, shipping included. Then the other entity is private buying. I do private buying for high-end clients who are wine collectors and are building cellars and collecting exclusive wines.

What encouraged you to start your own business?

I really learned about the business when I was in Green Bay and learned that Charles Woodson had his own wine business. I thought it was a whole different world to be a part of, but this really inspired me. When I saw what he was doing, it motivated me to learn more. I then realized there were more like him, for example Drew Bledsoe. Initially, my first thought was that I wanted to have my own wine label.

I have been fortunate enough to have a couple people in my corner who were able to answer my questions and help me out. One of them is Doug Fabbioli from Fabbioli Cellars out in Leesburg, VA. He told me at the end of the day you can have the best grapes, vineyard and equipment in the world, but you have to be able to actually sell the wine. I heard this same thing from a couple people, so I realized what I really needed to do is learn how to sell some wine. I reached out to The Wine Exchange to see if I could hang out at their shop and learn from them. They allowed me to and after a little while, they called me in and asked me what it is I really wanted to do. I told them I wanted my own wine label, they asked me if I had considered becoming a concierge or a buyer for them. I had a good background, I had been studying and had the necessary certifications and I had a pretty good network. Even though I had always thought that having my own label seemed like the “cooler” route, I really started leaning towards becoming a private buyer.

What are some of the steps you took to get it started?

Okay, so first I tried to find an audience within my network of people who were interested in wine. I took to social media and started talking about wine on my personal twitter account, I had a very little response because everyone was used to me talking about football. From there, I tried to figure out a way to reach people who were actually interested in learning about wine, so that’s when I created the handle @NFLWineGuy. Immediately I gained a nice following, I would say 1,500 people came over, which I thought that was pretty cool. From there I ran with being the NFL Wine Guy. It was cool, it was catchy so that’s what people started referring to me as. It really took off was when I was interviewed by Mike Jones, the writer with USA Today. He had covered me before when he was with NBC and I was with the Redskins and had heard about my passion for wine. He pitched a story about me to his boss and when he agreed, he sent Mr. Jones out here and so he could write the story. The following week he was going to release it. He reached out to me again a few days later just to fact check a couple of things and then, next day, I woke up and my phone was going crazy. I originally thought he was writing the story for a small paper, but I came to find out it was on the front page of USA Today Sports. I was getting calls from all over, people in France, and England, even Drew Bledsoe and all these wineries reached out. What this article did for me, was it showed people that I am serious about this. I respect the art, the history and the craft that goes into wine making. It was pretty cool, it showed people this isn’t just a hobby, but I am investing my time and resources into all of it. It really expedited things, I used the momentum from the article and decided I needed to start my business while things were hot.

Initially, the company was named NFL Wine Guy but due to certain legality reasons I decided it was best to change it before anything happened. I started brainstorming with our creative director, Patrick Meyer. He and I wanted to think of something that was sporty but luxurious at the same time, so we came up with The Wine MVP. I thought this was more suitable anyway because it crosses over to all sports as opposed to NFL Wine Guy. I didn’t want people to think the company was only geared towards football players. The biggest thing for me was how I was going to get this to come about. After the article was released, a couple wine distributors reached out wanting to work with me because no one was doing anything like it. I had so many options, which was a blessing, but I wanted to work with people I trusted and someone I already had a relationship with. The Wine Exchange was the clear choice, they had always been so helpful with whatever I needed. I decided we should partner up and work together. After that, we came up with the monthly subscription idea, it took a while to get off the ground but, in the meantime, it worked out because I was still able to do private buying.

How did playing in the NFL prepare you for the role you are in now?

I think the biggest thing that it did was help me build good relationships, it’s the only way I was able to last as long as I did in the NFL. Even when I was released, injured, or dealt with any controversy, I never took it personal and I knew it was business. I didn’t want to burn any bridges. I did a good job of networking and maintaining those relationships and now I am doing the same thing in the wine industry. I am always lending a hand and reaching out to people, which is what I am all about.

What have been some of the biggest challenges you have faced starting this business?

The biggest challenges I would say is that there is so much information out there and I just have to take my time learning it all, especially in the wine industry. Another challenge for me was my audience. A lot of my followers, fans, or even friends of mine aren’t wine drinkers, they’re beer and spirit drinkers. It was hard because wine has such a different reputation in the world of alcohol. This was a challenge I embraced because my style is that I want to make wine approachable to everybody. It isn’t that serious, and I want my audience to realize that not only a certain crowd can consume wine and its more fun than people think.

What advice would you give other players who want to start a business of their own?

My advice would be to truly do all your homework and get all of the information you need. I had been researching and talking to people to learn as much as I could for about a year before I even launched the business. You may or may not have the funds, but at least make sure you get the correct information.

I would also advise not to partner with somebody unless you need them. It may sound fun, it may sound great, but if you can do things on your own then I would say that is the best bet. You just never know. In my case, it made sense. In order for me to be a private concierge I have to have a source of wine, so when I had the opportunity to partner with people that I knew personally who gave me access to their wines and ways of distributing, it made the most sense. It also worked in their favor. They partnered with me because they have an older demographic and I was able to bring them a younger audience so it all worked out for the best. Overall, my advice is to just do your homework and research. You never know someone’s agenda, that’s the biggest thing.

Have you taken advantage of any of the services of the NFLPA since retirement?

No, to be completely honest I think there is a lot of information that is being sent to us, but I feel like the actual human connection is what is missing. Like actual phone calls and personal texts, not just mass texts.

To continue growing this business. The good thing is that this business has already launched, the information is out there and there’s wine to be bought. I just want to continue to grow so it can be sustainable for a long time. I am not in this for quick money, it is something I want to last for a long time. And who knows, one day I want to have my own label and possibly my own vineyard. I am also still involved in broadcasting and media, I always want to keep talking ball. I am speaking to some people now about a possible podcast and some other things that would also be wine and sports based.