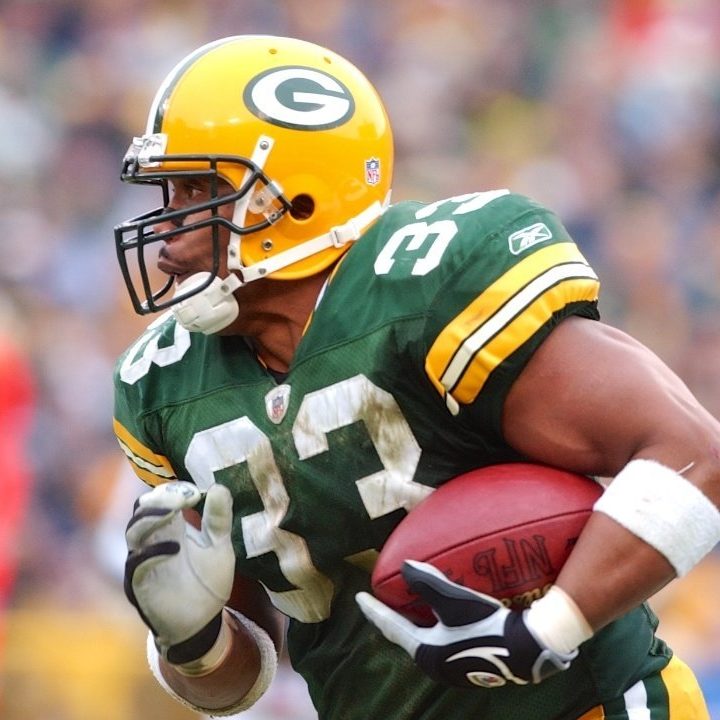 Life After the Whistle: William Henderson

During his 12 years in the NFL, the former Green Bay Packers fullback also served his fellow players as a player rep for four years. His illustrious career with the Packers included a Super Bowl XXXI championship, Pro Bowl appearance in 2005 and First Team All-Pro honors. We caught up with Henderson as he reflects on his time as a rep and shares what his life is like after football.

Q: What is your current career?

Right now, I’m working on a 1965 GMC V10 pickup truck; it’s an interest of mine working with classic cars. I’ve had frozen yogurt franchises which I got out of last year, and I currently have a bread distributing business to create jobs for family and friends.

Q: What was your experience like leaving the game?

Fortunately for me, I was planning on exiting the game the day I got into it. There was never a question about if it was going to happen, but when. I had already started a business and planned ahead, so the transition for me wasn’t as depressing and tragic as it has been for a lot of guys.

Q: You were a player rep for a few years, what was the impact of guys during your time?

My greatest achievement of being a player rep and part of the reason why I’m fearful for the future guys is that there was a big emphasis about knowing the history of the PA and what it meant to players, not just the current players but the players before us who paved the way. The emphasis was on making sure that we recruited [these previous players] every year, bringing them into the benefits that they didn’t have before the CBA started. My time was fantastic because we allowed players to have meaningful benefits once they left the game, such as insurance benefit that was there for me. It was during my time that we were able to get a program that allowed guys to have ongoing insurance.

Q: How has your experience as a player rep benefited you today?

It benefited me in many ways – not only did it allow me to network with players from other teams that were not just the endorsed guys that everyone knew. I got to know a lot of guys and understand their needs and desires, and find that they were similar to mine. Therefore, it made it beneficial, and the relationships I had carried on past the game.

Q: So these relationships carried on past the game – are you still close with any player reps today?

I still have good relationships with a lot of guys that I played with or played against that were player reps. I was at an event this past Super Bowl for the Wounded Warriors and ran into quite a few guys.

Q: What was your favorite player rep meeting site?

I mean it’s hard to not appreciate going to Hawaii for meetings, but there were times that I just liked the fact that we were in D.C. or on the East Coast – but Hawaii was great.

Q: What advice would you give current players today?

I still find guys who I’ve played with and current players that don’t know the real meaning or purpose behind the PA. They don’t know who their true agents are, they don’t know what the meetings are about – they miss so much valuable information. With the high rate of financial trouble that the players have, a lot of that can be contributed to not paying attention to the opportunities that the PA offers them. I hope they listen [to the valuable information].

Q: Have you taken advantage of any of the NFLPA transition services since retirement?

Q: Can you share a funny story of your time as a player rep?

I remember so many fun stories. We had a meeting with all the reps, and it was the first time Donovan McNabb was a PA rep. Here I am having been a rep for several years and somehow I got turned around in the hotel trying to lead him to the meeting room, and well it didn’t go so well. Donovan and I laugh about that, he’s thinking here I am letting a fullback lead me through the hole and he takes me the wrong way – that was a running joke. There were just a ton of beautiful memories, I remember the first time the PA had a psychic doing palm readings and it was one of the scariest moments for me because here I am a big tough fullback and I was terrified to put my hand in this lady’s because I didn’t know what she was about to tell me what my future was going to hold.

Q: Do you have any children? Are they interested in sports?

I have two children, William II and Jayden. My son is playing football this year for my [high school Alma Mater], and my daughter is a gifted athlete. She loves dance and she wants to play volleyball; she’s a tall young lady so we’re trying to steer her towards volleyball.

Q: Do you believe having had the leadership position of being a player rep has helped you be a father?

I don’t think anything prepares you for being a father, but what it did do is it humbled me because I realized when I went to the meetings I wasn’t just going for myself. Every time I went to a meeting I had to take notes with the perception that I had to be responsible for all the other players and their families, too. Then, when good things happened, not only did my kids get the benefit, but I got to see other teammates’ children benefit as well.