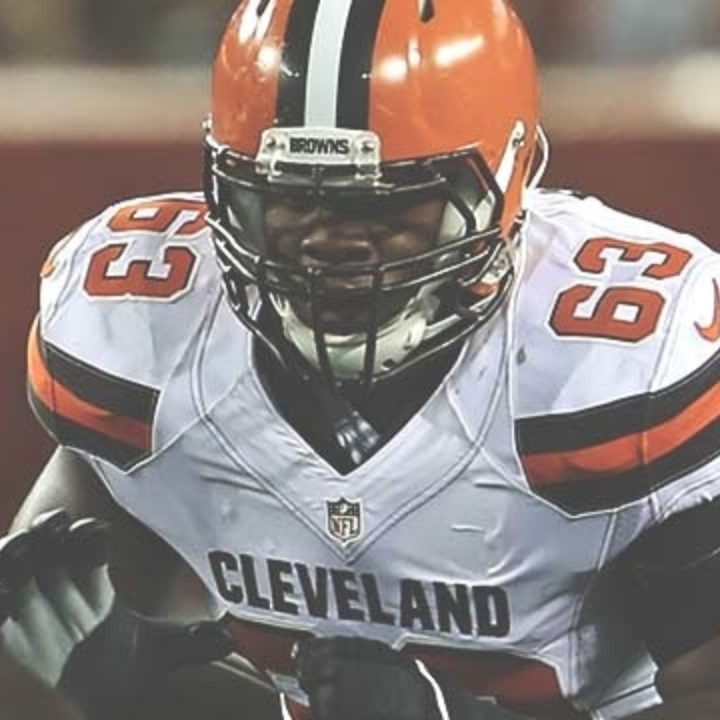 Karim Barton understands that not everything in life comes easy; his journey from a small island in Jamaica to becoming a third-year NFL offensive lineman and NFLPA extern taught him that much.

At just 13 years old, Barton’s mother passed away, prompting him and his eldest brother to move to Los Angeles. Although Barton loved soccer, he was encouraged to start playing football when he was a junior in high school.

After just a few games, the recruitment letters started rolling in.

“After seeing the letters that could take me to college, my brother told me this was my opportunity—my chance to get an education,” Barton said.

Barton took advantage, going to a junior college to gain more experience in football, and then earning a scholarship to Morgan State, where he studied Business Administration.

At Morgan State, the NFL scouts started noticing Barton. He was invited to play at the NFLPA Collegiate Bowl, which he saw as another opportunity to showcase his talents to coaches.

“I met a lot of great people and learned so much about the business of football at the Collegiate Bowl. It definitely paid dividends to go,” Barton said.

One of the great people he met was Chip Kelly, who at the time was coaching the Philadelphia Eagles.

“It’s crazy. I met Chip Kelly and he gave me a chance as an undrafted free agent rookie,” said Barton, who played one season for the Eagles..

Now with the Tennessee Titans, the offensive lineman has continued to take advantage of the opportunities that have come his way. When he heard about the NFLPA externship, Barton jumped at the chance to gain experience in a career other than football.

“If you don’t have a degree or tons of experience, it’s going to be really tough post-football,” Barton said. “I had to make sure I graduated college and then got some professional experience.”

Barton knew with a long offseason, he needed to use his time wisely. He applied for the 2015 NFLPA Externship Program and accepted a three-week stint at Under Armour, which opened his eyes to the possibilities at his disposal whenever he decides to hang up his cleats.

“Right now, my passion is football, but when this ends, I want to do something I’m passionate about,” Barton said. “The externships help me find my next passion.”

He continued the next year with an externship at Fanatics, and even on his own, completed an internship with Mattress Firm. He also plans on completing another externship with the 2017 class.

“As an NFL player, we have so many opportunities,” Barton said. “Those connections you gain from these companies are so valuable, and all expenses paid-- we have to take advantage. ”

To learn more about the Externship program, click here.