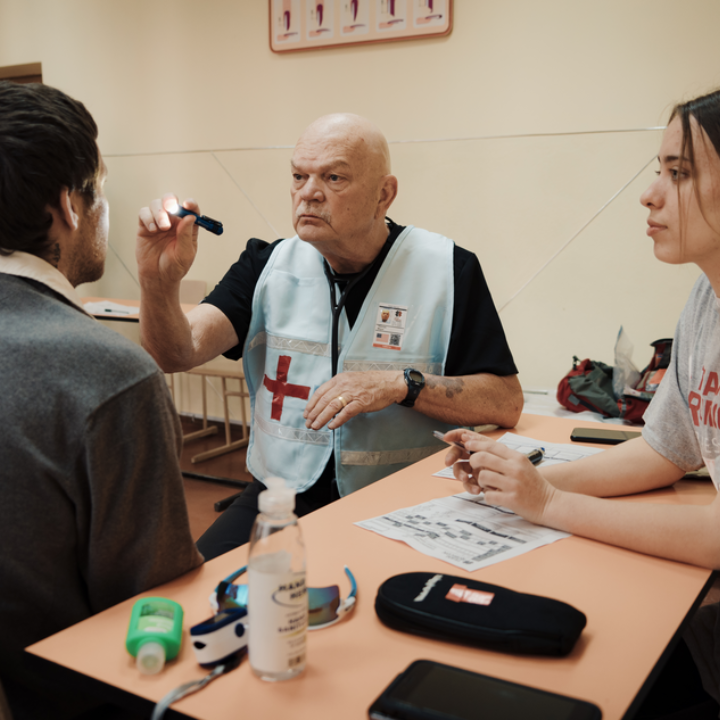 What Would You Bring?

NFLPA Chief Medical Director Dr. Thom Mayer recently spent nearly three weeks in Ukraine with a Team Rubicon mobile emergency team supported by the NFLPA. While there, they had the rare privilege of treating 350 displaced Ukrainians. Below, Dr. Mayer shares some of his observations from this unique experience:

Anyone not deeply and forever moved by the brave and tenacious people of Ukraine would be unworthy of calling themselves a part of the healing professions -- which on our clinical team included two emergency physicians, nurses, and firefighters each, as well as one physician assistant. The patients we met had been ripped out of their everyday lives, often witnessing the destruction of their homes and forced to escape 900 miles west out of the immediate war zone.

Faced with these jarring circumstances and left to choose only whatever you held most precious, what would you bring? Can you even imagine having to make such heart-rending choices?

We couldn’t. And yet we saw it in those 350 refugees, as they left behind the lives they spent decades building.

What would you bring?

What would you leave behind?

I can say with certainty what they did not leave behind -- their dignity, their courage and their commitment to stand firm for Ukraine – all with the hope to rebuild- their own lives and futures someday, somewhere. They were, without exception, straight-backed, resolute and deeply grateful for the care given them.

Here are a few of their stories.

I wish you could have met the 350 souls for whom we did “house calls” and witnessed the kindness in their eyes, the wisdom in their smiles and their steely resolve to persevere. When you hear of the millions of such displaced people, torn from their lives when they should have been enjoying their homes, going to school and playing with their friends, please take a moment to reflect that each of them has a story which deserves to be heard as well as dreams which deserve to be fulfilled.

All of them need our support, and will for decades to come. Many people have shown their kindness by opening their pocketbooks. We had the great honor of opening our passports and being welcomed into Ukraine to care for them. I hope you won’t forget them. I know we never will, as the chilling, unfair predicament that they face continually replays in my mind

What would you bring?