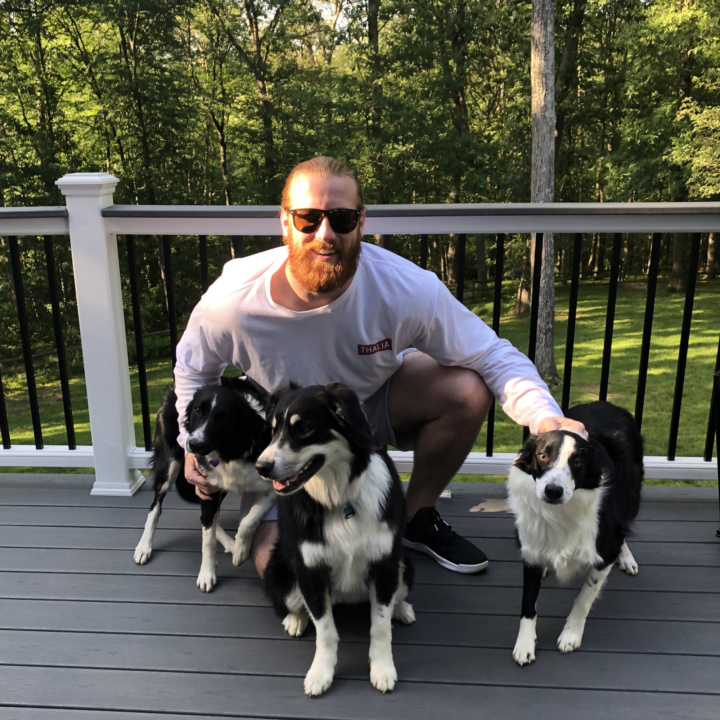 The first time Hayden Hurst lost control of his mental health happened in an 18-foot circle of dirt.

For years, the pitcher’s mound had been where Hurst felt the most comfortable, tossing strikes and forcing outs at a rate that made him a high school state champion and prized prospect within the Pittsburgh Pirates organization. But in 2012, not too long after joining the Pirates farm system, Hurst’s poise gave way to anxiety, leaving his palms sweaty, hands trembling, heart racing and pitches sailing everywhere but over the plate.

“I felt like I was having baseball ripped away from me and I was kind of embarrassed,” said Hurst, now a tight end with the Atlanta Falcons. “I developed depression where I would stay in my spring training dorm room in Florida and sit in the dark all day because I didn’t want to come around people. I couldn’t really explain what was happening to me.”

For the next three years, Hurst continued his downward spiral on and off the mound, turning to alcohol and drugs as ways to numb the pain of his wayward performance. Then in January of 2016, after moving on from baseball, Hurst capped a night of drinking and pills by attempting suicide with a knife. Thankfully, he was found in enough time to save his life.

Ever since that incident, one that he now calls “the best thing that ever happened to me,” Hurst has found his happy place as a professional athlete – only this time, on the gridiron.

The former University of South Carolina football walk-on was drafted in the first round of the 2018 NFL Draft by the Baltimore Ravens, where he first opened up publicly as a rookie about his mental health journey.

Now with the Falcons, Hurst remains committed to raising awareness through his testimony and foundation while inspiring others – including fellow professional athletes – to do the same.

What made you feel comfortable going public to talk about your battle with mental health, particularly as a professional sports figure?

It took me a while to become comfortable with my story because, in our line of business, you want to be careful with what you say so that you don’t raise any red flags as far as contractually speaking. People always ask me that question – and this isn’t coming from a place of arrogance or anything -- but I’m at the point now where I really don’t care what people think about me. I am who I am and that’s part of my story.

I love telling it because who knows what kid is stuck in life and sees my story and can see the silver lining in it by saying, “Well, Hayden was feeling this way and he’s in the NFL and he dug himself out, so I can do it, too.”

That’s why I tell my story.

I think with the more athletes who come out and tell their stories, people will realize, yeah, they’re athletes on primetime TV, but they’re humans too; and they go through the same things that we all go through.

You recently had a powerful postgame moment with Dallas Cowboys quarterback Dak Prescott, where you sought him out to encourage him after he went public this year with his own mental health battle following his brother’s suicide. Why was it important for you to do that?

I saw him get some of the backlash he was getting on the national scale, which I thought was absolutely ridiculous because I know the strength and courage it takes to come out and put yourself in a vulnerable position where people can judge you. With him being the quarterback for the Dallas Cowboys, he’s very visible. So, for him to come out and say, “Hey, I experience this and it happened in my family as well with my brother taking his life, things haven’t been easy,” for him to be vulnerable as the quarterback for the Dallas Cowboys, it’s only going to help this conversation with mental health and it’s only going to help this stigma behind it go away.

Because people relate to that. They see he’s not just a robot. He’s a quarterback and he’s a human being as well.

So, I applaud him for coming out and talking about that. It’s extremely courageous and I wanted to make sure he knew how I felt about it. We’ve talked some since that and we’re planning on working together in the offseason, which I’m excited about.

You’ve been vocal about the fact that, even though you can share your journey publicly, that doesn’t mean that you still don’t have bad days where you struggle with your mental health. When that happens, what do you do to get back on the right track?

For me, I’m pretty simple with it. I have my family in Atlanta and I’ve leaned on them heavily for probably the past five or six years. We’ve become extremely close. I also have two border collies -- I call them my therapy dogs. I come home and they are always happy, wagging their tails, tongues out and want to play. It helps break up the monotony of my day so that it’s not just all football with games and practices. It helps me feel like a normal person to separate the two.

Don’t get me wrong; when it’s time to go to work, I’m trying to be the best tight end I can possibly be.

But when I step foot in my house, I like to decompress and get away from it a little bit and feel normal. So, I play video games, play with the dogs, anything I can do at the house to get away from football in a positive way. As much as I love it and as many great things that it’s done for me and the people in my lives, it’s good to separate the two to get the right work-life balance.

What role do you see professional athletes as having in breaking the stigma and false narratives around mental health so that it is more normalized in society?

I think athletes are a huge part in breaking down that wall and stigma, because we know how sports are viewed in our country where people really look up to athletes and idolize them. I think with the more athletes who come out and tell their stories, people will realize, yeah, they’re athletes on primetime TV, but they’re humans too; and they go through the same things that we all go through. It helps that they can relate to us as men and women and see the silver linings in our stories to realize it’s OK not to be OK.

Hurst and his mom, Cathy, started the Hayden Hurst Family Foundation to raise awareness of mental health issues in children and adolescents by funding mental health services and programs through donations and fundraising events. Currently, they are working with schools in Atlanta, Baltimore and South Carolina to implement social and emotional training while providing mental health resources for students and teachers.

“It’s so critical,” Cathy Hurst said. “Hayden is just Hayden to our family, and he has good days and bad days. Athletes are put up on these pedestals and we’re so proud of Hayden for reminding everyone that they are human beings, too, and that everybody needs somebody to talk to and support them in tough times.”

Players: Tell us your "And"

Partners: Connect to the "And"