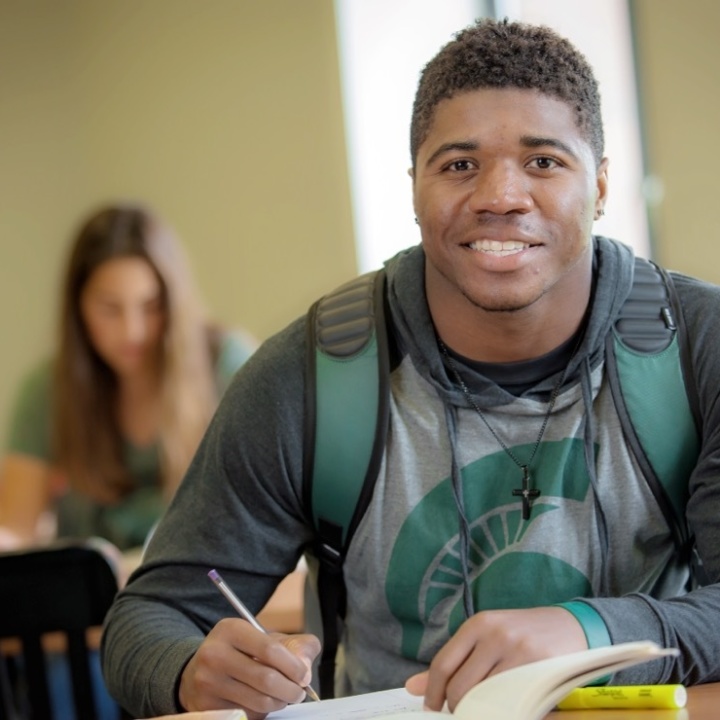 It started with a FaceTime call in December.

On one end was Andrew Dowell, fresh out of that day’s practice with the playoff-bound New Orleans Saints. On the other end was his twin brother David, decked out in a cap and gown after receiving his master’s degree from Michigan State.

Although Andrew held the NFL gig that David -- and so many others – covets, it was Andrew who got off that call inspired to add another accomplishment to his resume.

“The biggest thing we have as brothers is positive competition,” said Dowell, who played as a true freshman at Michigan State while David redshirted. “So when I saw him get his master’s, that’s when I thought, OK, let me go get mine, too. It motivated me. I spent that whole night figuring out what I needed to do to get my master’s degree.”

His search quickly ended once he looked into the NFLPA’s continuing education program. Immediately, two factors stood out to the aspiring businessman –tuition reimbursement (“I know a good deal when I see one”) and the opportunity to enroll in the Penn State World Campus’s Masters in Corporate Innovation and Entrepreneurship program through the Smeal College of Business.

“Being in the Big Ten (Conference) again to have a degree is something that excited me,” Dowell said. “The fact that it’s 30 credits is also nice because it’s something where I can manage the workload of being a professional athlete and being a graduate student.”

The biggest thing we have as brothers is positive competition... So when I saw him get his master’s, that’s when I thought, OK, let me go get mine, too. It motivated me. I spent that whole night figuring out what I needed to do to get my master’s degree.

If Dowell’s rookie year taught him anything, it’s that, while you’re an athlete, be sure to invest into becoming more than just an athlete. After signing with the Dallas Cowboys as an undrafted free agent in May 2019, a hamstring injury in training camp led to his release. For three months, he trained and waited for another NFL team to call. What came next was a whirlwind.

The Saints reached out in November and signed him to their practice squad. His graduate school aspirations were birthed a few weeks later. In January, he signed a reserve/future contract with the Saints. In the spring, he was admitted to the Penn State program, just as the COVID-19 was ramping up into pandemic proportions.

“The big thing is, whether you play in this league for two, three or four years, take advantage of the platform and these resources from the union,” Dowell said.

This summer, he will take his first class -- Emerging Trends: Technology and Corporate Innovation. While enrolled, Dowell’s primary concentration will be business management foundation with a secondary concentration in business and sustainability practices.

You’ve got to always stay ready and keep positioning yourself for success.

The knowledge he gains won’t necessarily be for his own gain. He and his family – their youngest brother, Michael, is a rising junior on Michigan State’s football team -- are in the process of starting a non-profit organization that will give back to the next generation. How? Dowell wants to start with their wardrobe.

For all the football gear that Dowell had at Michigan State, he was still missing one essential item: a suit. That’s why his family’s foundation hopes to partner with a company to provide custom suits for school-age boys so that, like him, they are set up for their next phase of life.

“We see it as players in the NFL, and we definitely see it now with the coronavirus, of how situations can change just like that,” Dowell said. “You’ve got to always stay ready and keep positioning yourself for success.”