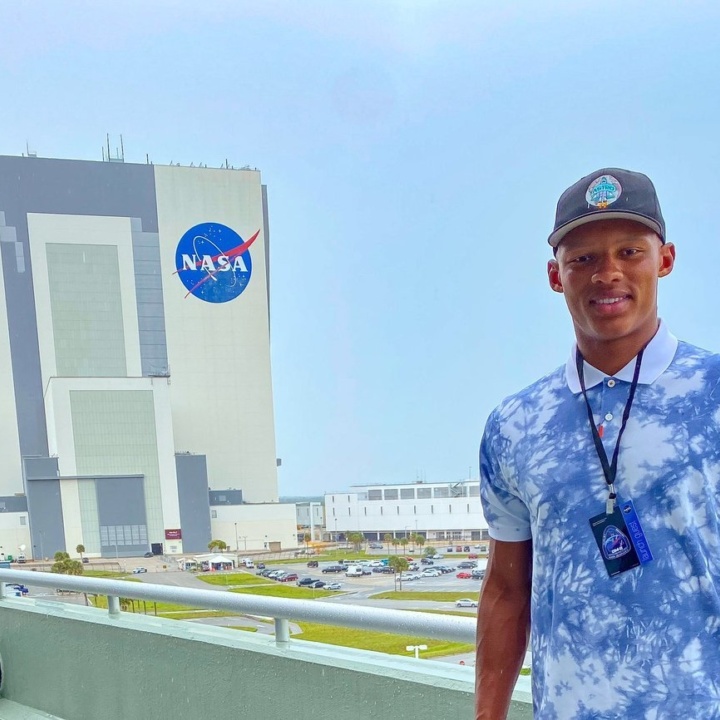 Josh Dobbs’s love for space dates back to his days as a six-year-old, when his strong appetite for math problems and science experiments kept his parents on their toes.

His skills on the football field began to surface not too long after that, setting into a motion what would become a rare formula – a highly touted college football prospect who majored in aerospace engineering at the University of Tennessee.

Since being drafted into the NFL in 2017, Dobbs has deftly managed to further his football career while continuing his pursuit of rocket science. Earlier this year, the Jacksonville Jaguars quarterback spent a month at NASA’s Kennedy Space Center in Florida as part of the NFLPA Externship, an experience that culminated with him being on site for the historic SpaceX launch to the International Space Station.

What was your experience like during your externship on the Space Coast?

Going into it my goal was to get a fully encompassing experience. To be an aerospace engineer at NASA and go in daily and take on daily engineering tasks at Kennedy space center. I definitely accomplished that. I originally started in the instrumentation department and them from there, my experience really varied through everything space. I was in the instrumentation one day. Another day I was at the launch pad. Another day I was at launch cove center. It was a very broad experience and I was able to see the entire experience of everything that goes on down there.

Which part of the experience stood out to you as the most memorable?

It's hard to pull out one thing. I did everything from the swamp works, where I was seeing the futuristic moon rover, seeing different tools they’ll be taking to space like a 3D printer that’s able to combine moon dirt regalift (?) and literally make anything you could need to survive. I was around a lot of the experimental groups like the trash to gas group where you take trash you accumulate in the space craft and convert it to gas you can use to power your space craft. I was able to see a launch down there. See the mobile launcher that the new rocket is going to be on. The biggest rocket ever made. I was able to see the crawler. The cool thing to be able to say is that I was able to see the big picture and see how all the parts of the space center work together, and to be around those great engineers down there.

I think you have to have a plan at the end of the day to see the bigger picture and take advantage of the opportunities you’re given.

What was it like to be a part of and witness history for the SpaceX launch?

To be able have that experience after my externship put everything in perspective. It was intense. A lot had been building up to that moment, especially with a commercial company launching on US soil and launching live astronauts for the first time in nine years, so it was a very intense moment. The vice president and president were in attendance as well as several members of Congress, so it was cool from a legislative side. It just shows as a country and human race when people come together and combine their minds and put combine different ideologies and experiences and all work together for a common goal, it really shows what we’re able to achieve.

Typically, when football players major in something during college, that career interest gets put on hold while you focus on playing in the NFL. But you’ve been able to juggle both very well. Have you been pleasantly surprised with how it’s all worked out or have you been deliberate in seeking opportunities?

I’ve been deliberate. I think you have to have a plan at the end of the day to see the bigger picture and take advantage of the opportunities you’re given. I’ve worked hard for everything I’ve accomplished and I’ve set myself up a lot for the opportunity. Being a part of the NFL, the NFLPA and going to the University of Tennessee while making connections along the way, it definitely helped in your process. Being able to be blessed with those opportunities as well as being prepared and qualified for them, you can go in and take advantage of them. Maximizing my time all the time. On the field and in weight room. Then off the field, maximizing my time to enjoy those other interest while also setting myself up with opportunities to build myself as more than an athlete.

Josh was also featured on Uninterrupted's "Extracurriculars" series that highlight's athletes' off-field passions. Check out the video below:

Players: Tell us your "And"

Partners: Connect to the "And"